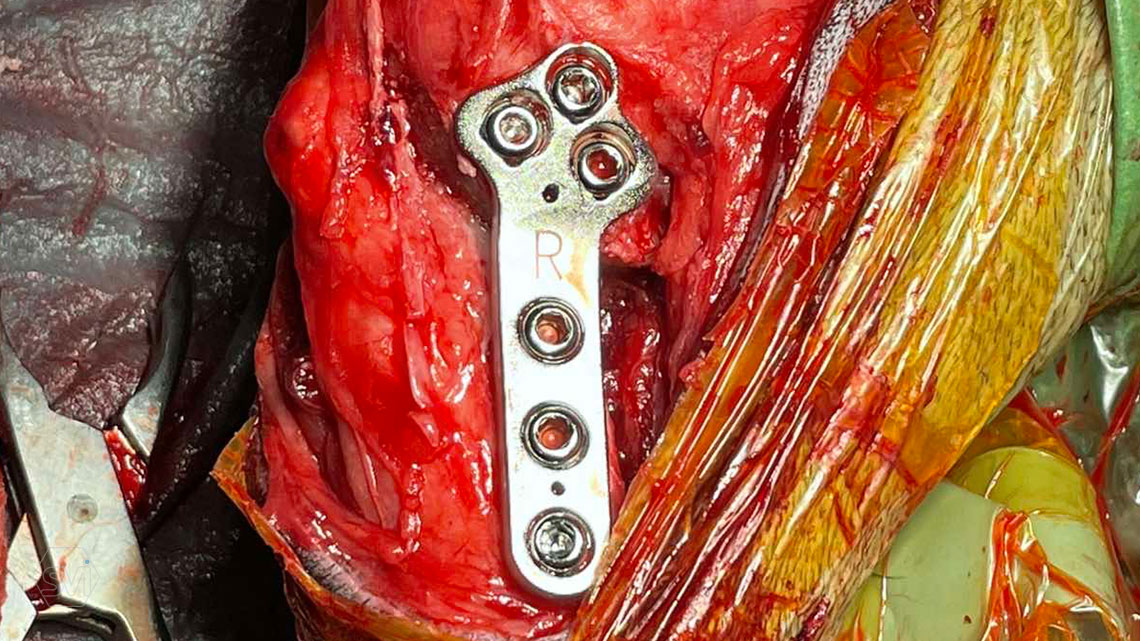 1,5 year old 13 kg mix dog underwent surgery today due to cranial cruciate ligament rupture and concomitant grade 3/4 medial patella luxation. During surgery, lateral tightening and medial loosening of the joint capsule (without opening the capsule) was performed. In the first phase of surgery, the 26-degree TPA was corrected simultaneously with the medial transposition of the proximal fragment. An R18 TPLO blade was used and the step and the rotation was fixed with a 2.7 precontured TPLO plate. The big curvature of the precontured plate provided an opportunity for placement without further conuring of the plate. The plate was temporarily fixed to the bone surface with two 1.2 K-nails using holes for temporary fixation. The distal piece was first stabilized with two locking screws. An AO 2,7mm srew was placed in the cranial hole of the proximal piece, which was able to create a significant tuberositas tibiae shift by tightening and simultaneously removing the temporaly, rotation stabilizing K-wire. Polyaxial locking screws are inserted into the remaining holes.

Thus, during surgery, we successfully applied a member of the precontured plate family designed for 2.7 mm screws for TPLO-M surgery.

TPLO-M surgery with so-called “terraced” plates in 2.0 and 2.4mm sizes have been described previously.

Do you have a question?

Call us Send email our office Our Facebook group link 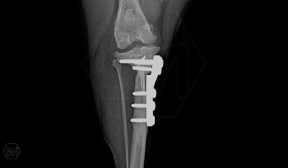 TPLO-M with one and a half year control 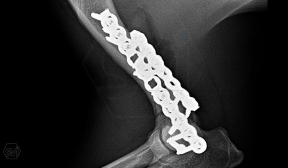 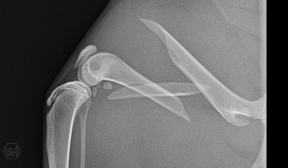 NEW! The polyaxial locking system in size 2.0 mm have arrived! 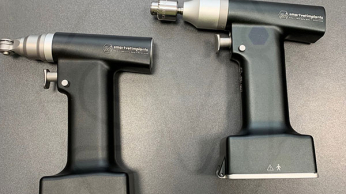 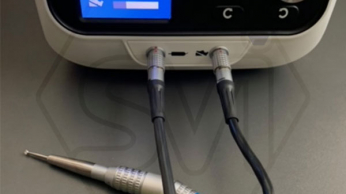 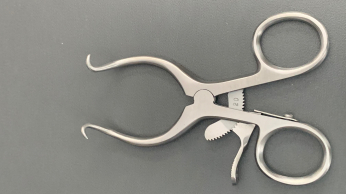